Hello, I’m Michelle Cameron and I’m a PhD student in the Department of Archaeology and Anthropology. I specialise in creating digital 3D models and replicas of archaeological materials. I worked with the MAA to make a 3D replica of the Isleham Bow, which is one of the artefacts featured in Hide and Seek: Looking for Children in the Past. This project will allow museum visitors to literally get their hands on a replica of this artefact and handle an identical copy of the Isleham Bow.

The Isleham Bow is a Bronze Age artefact that was excavated in from the village of Isleham located northeast of Cambridge. The bow is made of antler, however at just under half a metre long, it is smaller than expected for a hunting tool. The exhibition’s curators have suggested that the bow’s small size might indicate its use as a practice bow for children who lived in Cambridgeshire in the past.

Museums and researchers are often interested in making replicas of artefacts. Replicas allow people to study and examine materials without risking any damage to the original items. Replicas can be made using methods similar to those used by past populations. For example, a researcher could make an original antler bow in the style of the Isleham bow. Replicas may also be made by taking casts or ‘imprints’ of the artefacts. These casts could then be used to create additional similar copies of the item. 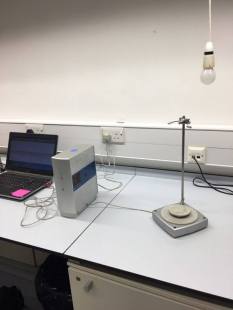 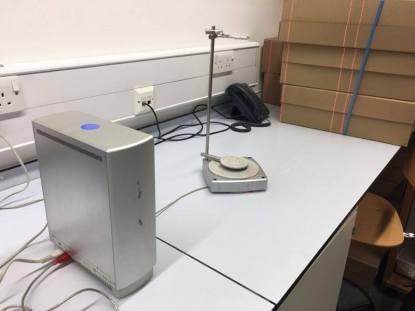 During the scanning process, the scanner emitted a number of low-powered lasers in the direction of the Isleham bow. These lasers picked up information about the surface of the bow including its size, shape, and texture as the lasers reflected off of the bow. The scanner also took pictures to record the bow’s natural antler colour.

As the bow was being scanned, it was placed on a turntable that helped rotate the object to make sure all sides and angles were covered. The bow had to be held still during the scanning process, so it was carefully tied to the scanner turntable with acid-free cotton tape and foam to keep it safe and stable.

Once the scanning process was complete, computer software was used to check that the whole bow had been scanned accurately. During the scanning process, the scanner occasionally included unwanted objects in the background. These unrelated pieces are digitally removed, resulting in a digital model of the bow.

This digital model can then be transformed into a physical object through 3D printing. 3D printers work in the same way as regular printers- they turn digital files into hard copy items. 3D printers place high quality plastics and resins in organised layers, which get built up into a final object. These printers are able to use digital files as a template, and create a replica by layering the resins a little bit at a time until the final product is ready.

The bow is now in the process of being printed and will soon be used by the exhibition’s Education Assistant to help teach museum visitors a bit more about children’s activities in the past!